As you may already know Windows 7 adds native Virtual WiFi technology from Microsoft Research as mentioned by Long on his blog. This lead me to this MSDN page stating

Wait a minute! SoftAP! Seriously? This was a surprize since I had been exploring a solution for this exact problem for more than a month. However I was disappointed at first when I got my hands on Windows 7 RC. There was no setting for this so called SoftAP feature. Forget that, I could not even find the virtual wireless device named “Microsoft Virtual WiFi Miniport adapter”. It just did not exist. Some people on the web speculated that this was because of missing driver support even though Virtual WiFi functionality is a requirement for WLAN drivers under the Windows 7 certification logo. This did not fit. I was never prompted for installing uncertified drivers. As a matter of fact I did not have to install any drivers at all. Everything was done by Windows 7 automatically. I decided to investigate, and found the solution. Basically there is no native GUI to do all this, so you have to use command prompt to do all this. Here is what you need to do.

Run cmd.exe as administrator and enter the following command 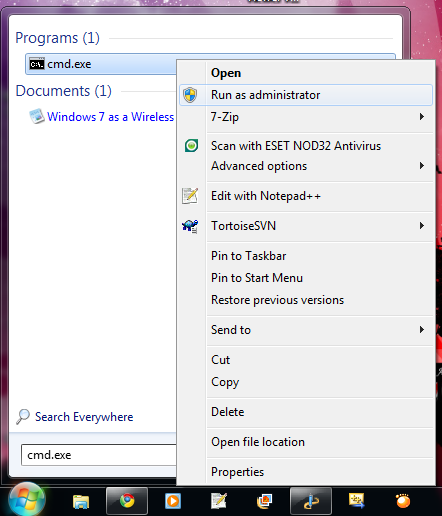 where is <ssid> is the SSID and <passphrase> is the WPA2-Personal key you want to associate with your SoftAP.

This will create the required “Microsoft Virtual WiFi Miniport adapter” and also set up your hostednetwork. You may now setup Internet Connection Sharing or Network Bridging for this newly found adapter. All this is onetime setting.

It seems some drivers do face some problems with these commands and may need windows to restart to function correctly again. Enjoy. Here are some screenshots for hostednetwork without ICS or bridging and no clients connected. 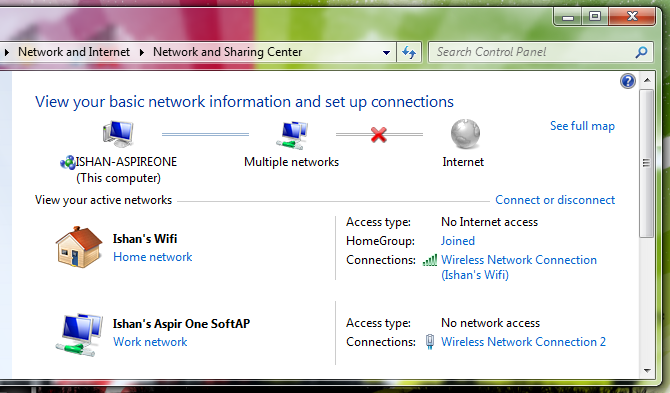